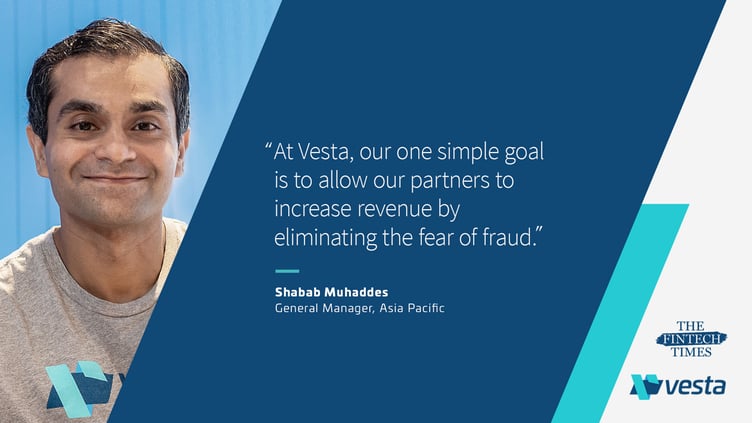 Southeast Asia is home to the world’s fastest growing e-commerce markets, and that growth is coming exponentially. In 2017, a Google-Temasek report foresaw a $200 billion internet economy in the region by 2025 – but by 2019 it was already past the $100 billion mark.   There are 360 million internet users in Southeast Asia, and 90% of them connect primarily through their mobile phones. More than 40% of consumers in the region use mobile devices several times a week for e-commerce, and nearly half have at least two active digital wallets on their mobile device . This explosion of e-commerce growth also provides a ripe opportunity for fraudsters.  Online fraud in Southeast Asia accounted for 40% of Asia Pacific’s total fraud losses in 2019, and the average overall cost of fraud for merchants in the region is 1.75% of revenues.

“At Vesta, our one simple goal is to allow our partners to increase revenue by eliminating the fear of fraud. If we tell our customers a transaction is safe to approve, it is, and we stand behind that with our payment guarantee.” Shabab Muhaddes, GM of Asia Pacific.

Read the full perspective in The Fintech Times publication on page 23 here.

The Fintech Times: What is the True Cost of Fraud?

Direct and Indirect Fraud Loss and Impact to Your Revenue Vesta's General Manager of Asia...

While digital wallets have enabled consumers to make online purchases faster than ever before,...

Payments NEXT: Stunning Rise of CNP Fraud and How Merchants Can Fight Back

With the dramatic increase in CNP fraud in recent years, it's critical that merchants understand...